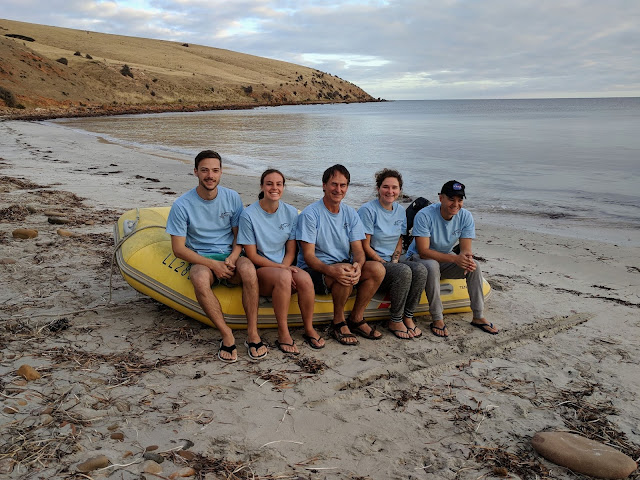 This is the first in a series of reports by AusOcean summer interns.

My name is Emily and I’m an Electrical/Electronic Engineering and Computer Science student at the University of Adelaide. I am about to commence my third year of study. (That's me in the lab below.) 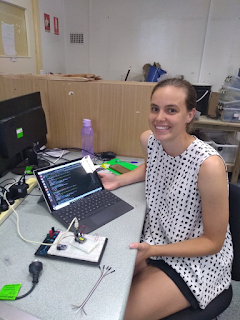 My first task as an intern at AusOcean was to find a suitable turbidity sensor online and set it up to be used on a rig. Following AusOcean’s principles I found a cheap turbidity sensor online that was actually a dishwasher part. This meant that it was not designed to be accurate. The sensor worked by pulsing light between two prongs which would be submerged in water. The more light that made it through the water, not being reflected or absorbed by suspended particles, the lower the turbidity. Due to the sensors inaccuracy I decided to measure the turbidites as a percentage where 0% is completely transparent and 100% is completely opaque.

My next task, which I spent the majority of the internship working on, was a nine degrees of freedom (9DOF) sensor. My goal was to use the 9DOF data to measure the height, period and length of ocean waves. A 9DOF sensor consists of an accelerometer, magnetometer and gyroscope. First I focused on wave height. I tried many different approaches when working on this and encountered many unexpected problems. My final approach used the simplifying assumption that ocean waves move with simple harmonic motion. This meant that I did not have to use integration as I was previously doing and so less digital filtering was needed. After this calculating wave period and length was simple in comparison.

As well as working in the lab perhaps the more exciting part was working in the field. One of the great experiences I had was assisting in operating our underwater towable sled whilst we were on our second expedition to Kangaroo Island. 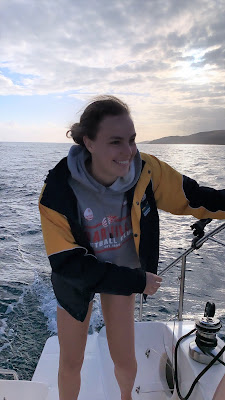 Over the course of this internship the most valuable thing I learnt is how to work through real life problems. This came with learning that almost any problem can be solved with enough Googling and that most of the time you are going to have to try many different approaches to a problem before you find the one that is optimal.