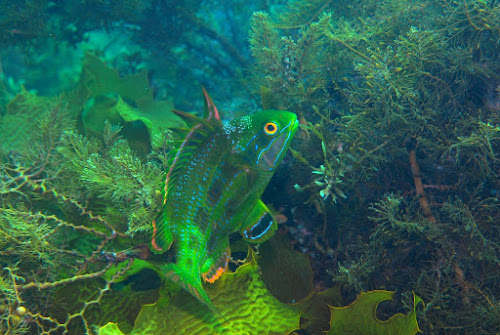 When you think about reefs, you probably envision the horizontal expanses of coral reefs swarming with fish that dominate the warm waters of the tropics. This is no surprise, as majority of our attention remains skewed towards tropical coral reef systems. What you might not realise is that reefs just as magnificent exist in temperate waters too, and trust us, they are worthy of your attention. The Great Southern Reef (GSR) straddles the entire southern coastline of Australia covering more than 71,000 square kilometres representing a global biodiversity hotspot. This interconnected reef system is dominated by the golden kelp (Ecklonia radiata) and is home to a bounty of beautiful, colourful and unique critters, of which 85% are found nowhere else in the world! The GSR is one of the most pristine and unique temperate reefs in the world and has been named as Mission Blue's newest hope spot in recognition of the reefs exquisite, raw beauty and immensely rich biodiversity. 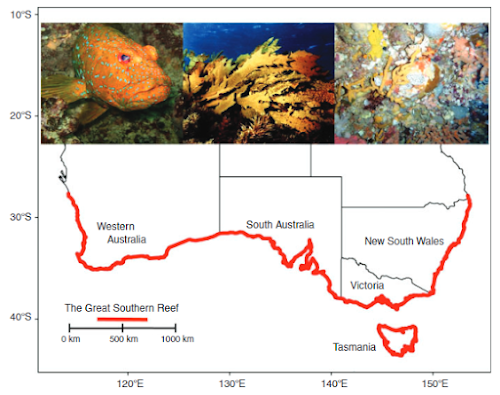 The Great Southern Reef (GSR) straddles five states across the southern coastline of the Australian continent. Kelp forests (middle) are a defining feature of the GSR. The reef is home to some of the most unique temperate marine organisms in the world, such as the endemic harlequin fish (left) and myriad invertebrates (right) (photos (c) T. Wernberg) Marine and Freshwater Research, doi:10.1071/MF15232.
Having dived on the GSR in numerous locations around South Australia we have witnessed the beauty and marvel of this system first hand. We've put together a small selection of colourful fish we've encountered that call this reef home.
1. Rainbow cale (Heteroscarus acroptilus) 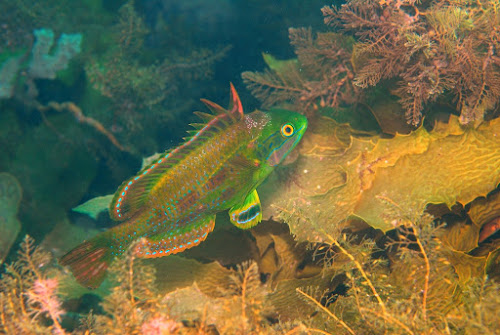 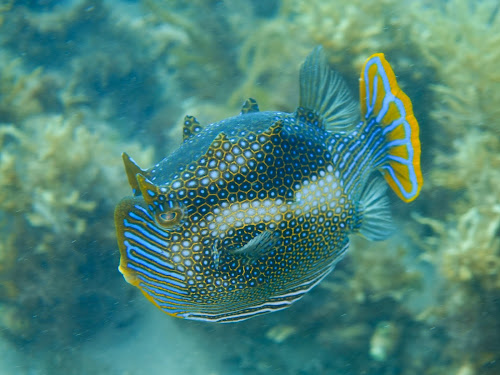 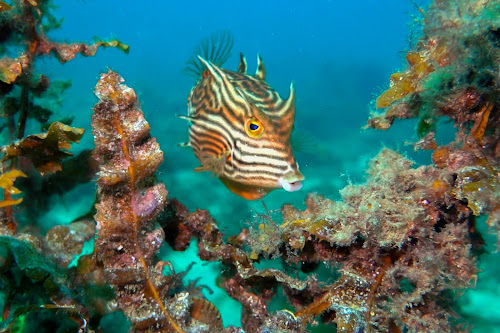 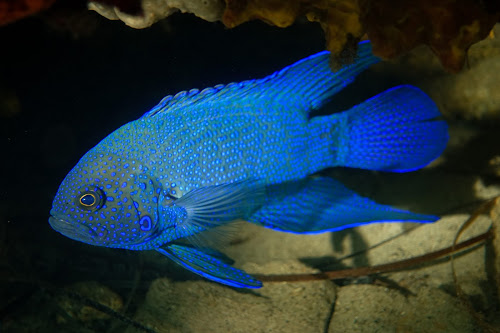 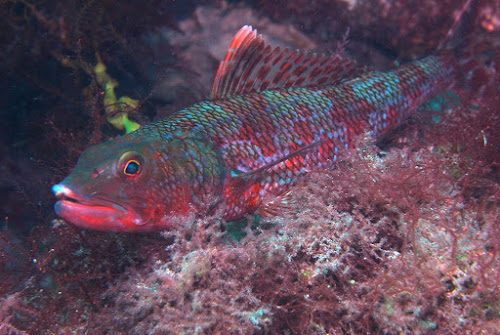 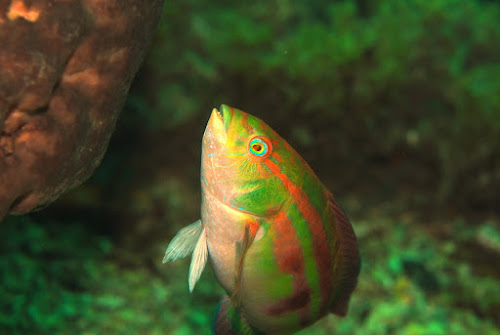 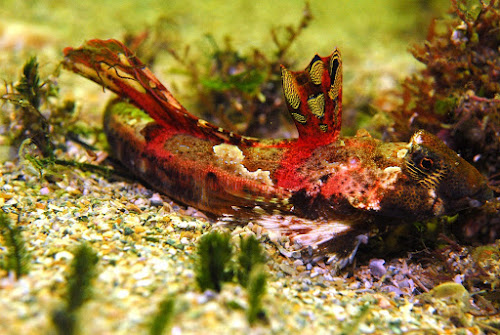 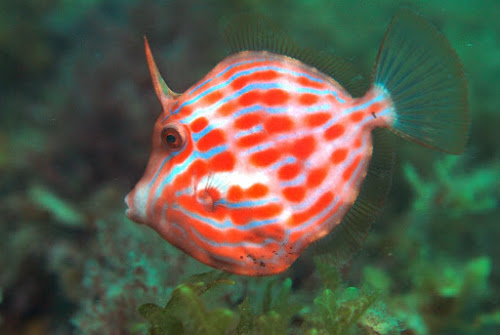 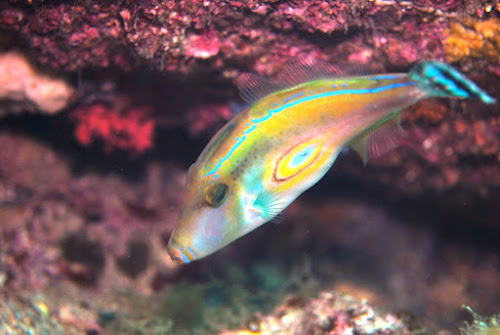 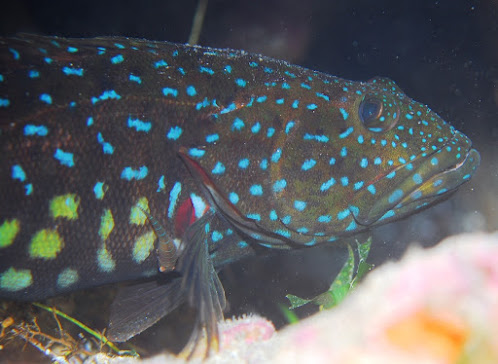 📸: Dave Muirhead at Rapid Head, South Australia
16 million Australians live within 50km of the GSR, however public knowledge of this system is lacking. Like many other marine ecosystems the GSR is under threat due to mounting pressures of a changing climate. Visit the Great Southern Reef website and watch this video to learn more about this pristine and unique system.
AusOcean is a not-for-profit ocean research organisation that supports open source practices. Open source approaches to tackling environmental issues means embracing collaborative tools and workflows which enables processes and progress to be fully transparent. A critical aspect of working open is sharing data not only with your immediate team but with others across the world who can learn, adapt and contribute to collective research. By contributing to, and supporting open practices within the scientific community, we can accelerate research and encourage transparency. All tech assembly guides can be found at https://www.ausocean.org/info.
Follow us on Instagram, Facebook or Twitter for more photos, videos and stories.
conservation diving Kangaroo Island science Smith Bay underwater photography