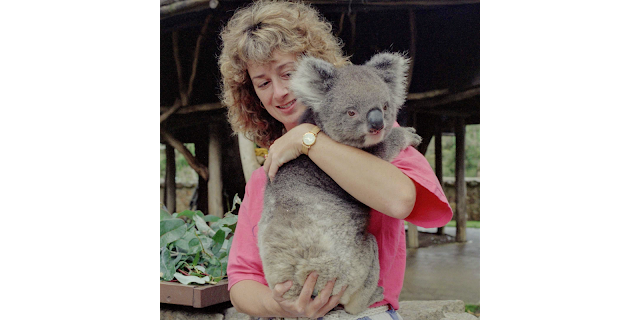 It is with a heavy heart that I write that I have lost my loving partner of almost 30 years and my amazing wife of 27 years to brain cancer. Furthermore, AusOcean has also lost of one of its three founding directors.

Susie always loved animals from an early age and has always been a strong advocate for protecting  our planet's wildlife. She graduated in Information Systems from San Diego State University (SDSU) which was followed by a successful career spanning tech companies NCR in San Diego and Teknowledge, Integrated Systems Inc. (ISI) and Acuson in Silicon Valley. She later chose to became a full-time parent, and became involved in numerous volunteer roles, both in California and Australia.


In 2017, when we formed AusOcean, Susie did not want to be in the limelight (and never has) but she was excited to join the board as a founding director and to work in the background. Her support never wavered. Susie has not only be an invaluable member of the AusOcean team, she has greatly influenced my thinking on many occasions. For example, when the proposed port development for the north coast of Kangaroo Island came along, in some of the most pristine and biologically diverse waters in Australia, I was ready to convince myself it did not really fit with AusOcean’s mission statement. True to my engineering roots, I wanted to leave environmental activism to others groups, and just focus on making ocean tech cheaper for others to use. I thought that others should fight that environmental battle. However, when I told Susie about the marine life that could be affected, dolphins, whales, seadragons to name a few, Susie was furious. She said “What’s the point of having a public profile and a capability if we’re not prepared to use it?” And of course Susie was right, so AusOcean is now actively fighting the proposed development, albeit through science and technology.

Susie's love of the marine environment predates AusOcean by over two decades though. Susie and I were living in Santa Cruz, California for most of the 1990's. Not far from our house on the west side of town is the Long Marine Lab, the marine science lab of the University of California at Santa Cruz (UCSC) with a facility open to the public. We loved visiting that place so much that we joined the Friends of the Long Marine Lab. In 1998 when they were seeking funding for construction of a new Marine Discovery Center, Susie was quick to suggest that we lend financial support. Susie also loved and supported the Monterey Bay Aquarium, about an hour south of Santa Cruz.

Susie also had an abiding love of Australian wildlife. In addition to AusOcean’s 2019 Environmental Impact Statement (EIS) response, Susie made a personal submission. True to form, Susie cared most about the impact on wildlife. Here is an excerpt.

Finally, there is the matter of the large koala population which resides in the timber plantation. In 2012, the Australian Government declared the koala as vulnerable under the EPBC Act in New South Wales, the ACT and Queensland. While South Australia was excluded at the time, koala populations in our state are also declining and losing genetic diversity. Earlier this month the Australian Koala Foundation announced they believe “there are no more than 80,000 koalas in Australia”, making the species “functionally extinct.”

Kangaroo Island is currently the exception due to the koala habitat provided by the plantation timber blue gums. Koala's are one of the top reasons tourists visit South Australia, and could also be a driver of tourists to Kangaroo Island. The clearing of blue gum forests on Kangaroo Island should not proceed until there is a koala protection plan in place.

Alas, many of those poor koalas died in the recent bushfires.

Susie was taken far too soon, but I'm grateful for the 30 years we shared and I will cherish my memories of her forever. Susie had a lasting positive impact on the world and its creatures. The entire AusOcean team and I hope that we can continue to honour Susie's legacy through the good work we do.