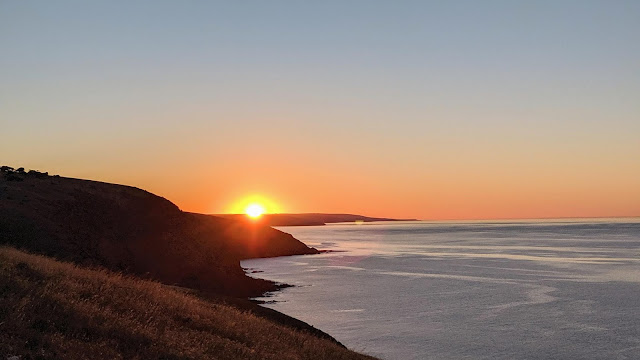 Smith Bay and indeed, the entire north coast of Kangaroo Island forms part of the wider Great Southern Reef (GSR) spanning the entire southern coastline of the Australian continent. The GSR is one of the most pristine and unique temperate reefs in the world and has been recognised as Mission Blue's newest hope spot in recognition of the reefs exquisite, raw beauty and immensely rich biodiversity. KI is unique in that it sits at the confluence of two oceanographic systems providing unique habitat that supports an abundance of marine species, many of which have high conservation value. From leafy sea dragons, to pods of 100 dolphins and large coral colonies that have existed for hundreds of years, KI has provided an important refuge for many vulnerable species whose numbers have declined significantly elsewhere. 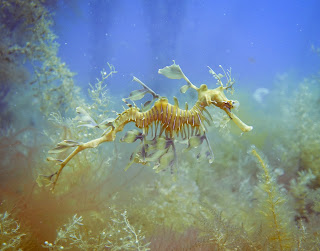 Our marine life surveys show that Smith Bay's environment exhibits high species richness and endemism supporting an abundance of emblematic species with high conservation value. This is due in part to the presence of highly diverse and complex habitat supporting a myriad of species including fishes, sponges, bryozoans, echinoderms and molluscs. Over the course of our surveys, 60 species of fish and 35 species of invertebrates were noted within surveys, comprising 1778 individuals (1460 fish and 318 invertebrates) an additional 11 species of fish and 9 species of invertebrates were sited outside surveyed transects. Of these, five species noted belonging to the Syngnathidae family (seahorses, pipefishes and seadragons) are protected under the Australian Commonwealth Environmental Protection and Biodiversity Conservation (EPBC) Act (1999). The pristine marine environment of KI is unlike anything we’ve seen. Each time we return we discover something more beautiful and wondrous.

We are currently preparing for a week long sailing expedition back to the island. This time, to deploy a sea-surface platform or "rig"' and underwater camera in Smith Bay. We are also partnering with Kangaroo Island/Victor Harbour dolphin watch to deploy acoustic sensors just in time for the annual Southern Right Whale migration occurring in May-October. Follow our expedition on Instagram, Facebook or Twitter to enjoy more photos, videos and stories. 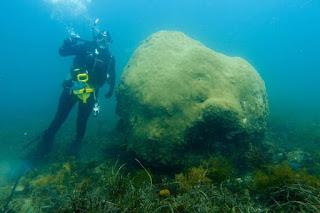 Read our blog on how we are safely preparing for an expedition during COVID19.

This is the second in a series of reports by AusOcean summer interns.

Hi, my name is Frank, I was a volunteer intern for AusOcean over the summer. I study Mechatronics and Computer Science at the University of Adelaide.

I had a feeling that if I started at AusOcean I would be swept up by the passion, culture and tech fuelling the engine that drives toward a noble cause. This feeling soon became reality.

Throughout the summer period I was exposed to the widest array of software, hardware and processes imaginable. I started by first orienting myself around the language Go as it was the fundamental code basis at AusOcean. With this and a few additional software tools, I embarked on my first challenge, which was to reverse engineer the existing buffer to develop a new ring buffer for temporary storage of packetised video data. This task was motivated by the need to reduce data loss during times of unstable connection between a deployed rig and an onshore receiver. The new buffer would o…

Kangaroo Island one year on

Firstly, on behalf of all of AusOcean, I would like to express my sincere sympathy for everyone affected by the Kangaroo Island bushfires. How things change in just one year.

This time last year AusOcean was in the midst of a series of expeditions to Smith Bay on the North Coast of Kangaroo Island. If you are new to our blog, Kangaroo Island is Australia's 3rd largest island, and lies off the coast of South Australia and Smith Bay is the site of a proposed wood chip port. Kangaroo Island's marine environment remains pristine and is part of the Great Southern Reef (GSR), a region as diverse as that other Australian marine marvel, the Great Barrier Reef (GBR). Yet there is much we don't know. Only recently 400 new species were discovered in the deep waters of the Great Australian Bight. How many more species await discovery?

How the Sounds of the Ocean Help Oysters Select Their Home

Restoring the lost oyster reefs of South Australia
Prior to European settlement much of Australia's coastline was fringed with oyster reefs (also known as shellfish reefs). These reefs were dominated by the native Ostrea angasi flat oyster and were common in South Australia’s gulfs and bays spreading across 1500km of coastline.  Dr Heidi Alleway and Professor Sean Connell from the University of Adelaide dug through historical records to uncover South Australia's rich, but dark, oyster history. As Europeans flocked to Australia's coastlines they brought destructive fishing practices utilising metal dredges as an effective method of scouring the seafloor for oyster shell. Nothing was exempt; the beautifully complex and biodiverse seafloor was annihilated leaving little behind. These native oyster reefs are now considered functionally extinct with one healthy reef remaining in Tasmania. Thousands of years of complexity, removed in 100 years. Where do you even begin?