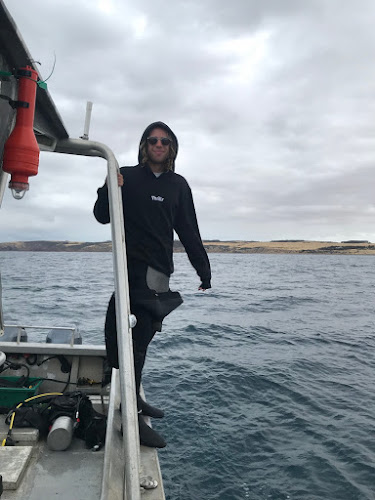 This is the fourth (and final) in a series of reports by AusOcean summer interns.
An internship with AusOcean is like none other. Combining the (very different) disciplines of engineering and ecology in the name of ocean conversation is groundbreaking science, and I’m fortunate enough to be a part of it. Having just completed a degree in marine biology, I went straight into the internship, super keen to spend the summer making new friendships, learning a whole bunch of skills, and fighting for the ocean.
Heading into the field and conducting underwater surveys is an opportunity that most newly graduated marine biologists can only dream of. Thankfully it was a dream come true for me and straight off the bat I dived into the pristine waters of Kangaroo Island, only a few days after my last exam. My first assignment was to assess the marine life of Smith Bay; the proposed site for a commercial wharf to ship logged timber off the island. This was AusOcean’s fourth trip to Smith bay and like previous surveys, we catalogued an abundance of marine life. Most notably (for me anyway) was the first known discovery of Leafy Sea Dragons in the bay. Finally, after years of study I knew what it felt like to be an actual scientist, doing genuine work for the good of the ocean. This was an incredible start to the internship and set the tone for a great summer. 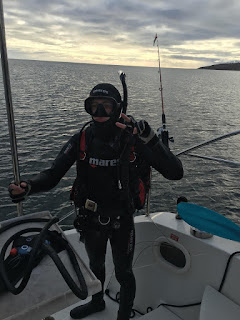 When we returned from Kangaroo Island, it was my task to co-author the ‘Addendum to the Smith Bay Wharf Draft EIS Response’ with Catherine, the lead marine biologist, and Saxon, the lead engineer. This was an Environmental Impact Report detailing our findings in Smith Bay and how the proposed wharf would affect its delicate ecology. This was my first contribution to a real-life scientific report; it meant so much to implement what I learnt in my degree for the good of the environment.

Over the next few months I had my fair share of time in the water, in various locations around SA. Rig maintenance and deployment/retrieval kept us busy, whether that was diving at Ochre Point and Carrickalinga or swimming in the Port River at Portside Christian College. Trips to Windara shellfish restoration reef were a highlight, where I was often skipper of some of the larger vessels we used, or part of the diving team to deploy scientific experiments and underwater cameras.

When I wasn’t in the field, there was plenty of work to do in the lab. I wrote a literature review on the carbon sequestration capabilities of shellfish reefs, which I found to be particularly interesting. My honours project will revolve around the restoration of Australia’s native oyster reefs, so it was great to bridge the gap between the internship and my honours degree with some preliminary research. A passion of mine is science communication, so I was given some creative freedom to produce an infographic describing some of the marine species we found in smith bay. An elementary school teacher from the United States saw the poster on twitter and printed it out for her classroom, showing us just how far AusOcean's message can reach. In amongst the research was Rig building and experimental designs. I even got to try my hand at some engineering work where I put together a ‘controller’ for one of the Rigs. I was completely out of my depth and had hardly any idea of what I was actually doing, but I got to dip my toe into another discipline and certainly learned something new, with plenty of guidance from the engineers.

The AusOcean internship was truly an experience I will treasure forever, for both the real world experience I gained and the friendships I made. Everyone involved with AusOcean comes from a different background and brings a different skill set to the table, but it’s our passion for the ocean that unites and drives us. 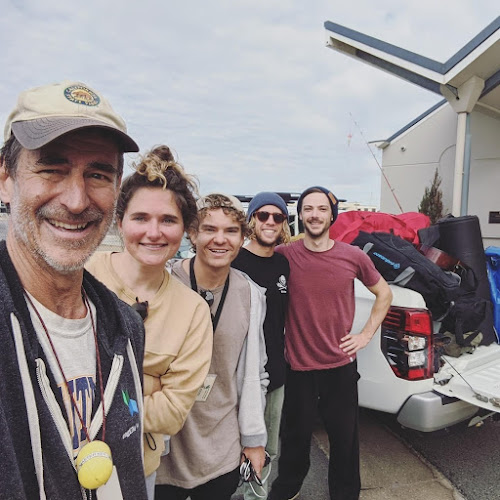 Here's a video highlighting just a few of the awesome sights we saw over the summer.
AusOcean is a not-for-profit ocean research organisation that supports open source practices. Open source approaches to tackling environmental issues means embracing collaborative tools and workflows which enables processes and progress to be fully transparent. A critical aspect of working open is sharing data not only with your immediate team but with others across the world who can learn, adapt and contribute to collective research. By contributing to, and supporting open practices within the scientific community, we can accelerate research and encourage transparency. All tech assembly guides can be found at https://www.ausocean.org/info.