How sponges are the unsung heroes of our oceans 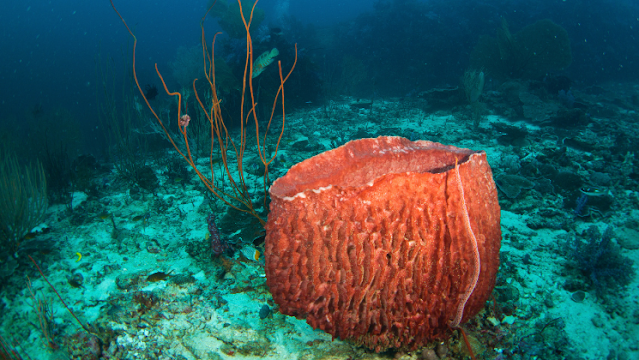 Sponges are one of the planets oldest known multicellular organisms - with fossil records dating back 600 million years. These fascinating creatures are not plants, nor simple celled organisms. They are in fact, more complex animals (like humans) developed from a common ancestor.

Sponges are diverse, coming in all colours, shapes and sizes with approximately 8,550 species scientifically classified in the phylum Porifera.  Sponges fall into four distinct classes: the Demospongiae (the most diverse, containing 90 percent of all living sponges), Hexactinellida (glass sponges), Calcarea (calcareous sponges), and Homoscleromorpha (the smallest class, newly recognized, with approximately 117 species).

Sponges feed by drawing water in through their pores, capturing bacteria and organic matter in the process. Some species can filter up to 1000 litres of water per kg of tissue each day! Sponges have the capacity to remove up to 95% of bacteria and particles from the water and 90% of dissolved organic carbon(DOC), converting suspended particles and dissolved matter into food for other animals. 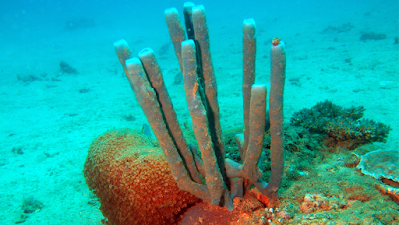 Sponges have great potential for biotech and innovation because they harbour a great diversity of microbial communities. Since natural product research began in the 1960's, the largest number of marine natural products have been derived from marine invertebrates, with sponges being the clear top producer. More than5,300 different natural products are identified from sponges including a remarkable diversity of bioactive compounds. These discoveries have led to some anti-cancer and anti-malarial compounds. 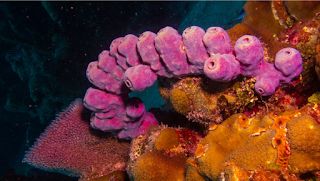 Coral reefs are some of the most diverse ecosystems on the planet, yet they thrive in nutrient poor systems. A key reason they are able to do so is the presence of sponges. Researchers discovered that sponges consume vast amounts of organic matter and recycles it to feed snails crabs and other species. They found that sponges recycle nearly ten times as much matter as bacteria and produce as much nutrition as the algae and reef's combined. As it turns out, sponges play a key role in holding reef ecosystems together and although they aren't the usual stars of conservation campaigns they deserve  some recognition. 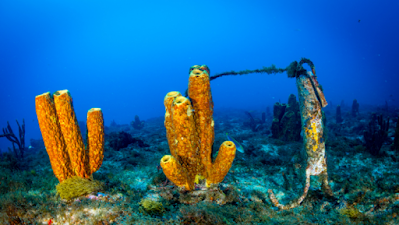