Are octopuses well-armed to survive the climate crisis? 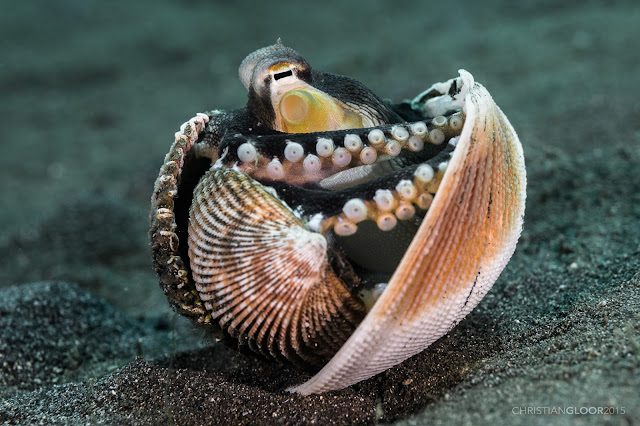 Octopuses are widely known to be able to open childproof jars, utilise tools, and be trained in a similar way as dogs(1). In fact, octopuses and dogs share the same number of neurons – 500 million – crowning the octopus as the most intelligent of all invertebrates. They are also renowned for their adaptability being found in waters across the globe, from shallow waters to as deep as 7,000 metres(2).

But how far can intelligence and adaptability get them in the face of a climate crisis? They may be able to protect their soft, vulnerable bodies from predators by living in discarded shells, or plug up the gills of a shark to prevent themselves from being its next meal. But these may not be adequate due to the pervasive nature of warming waters and acidifying oceans.

Marine ecosystems are especially vulnerable to this global threat as oceans have already absorbed more than 80% of the heat added to the global climate system as well as 30% of the total carbon dioxide produced by human activities. As a result, ocean temperatures have already increased by 1°C while acidity of the ocean has gone up by 26%. It is projected that the ocean will continue to heat up by 3°C and acidify by a further 109% by 2100 if conditions don’t improve.

What do we know about the response of octopus to the climate crisis?

While research on the effects of the climate crisis on octopuses is still lacking, there is some evidence that octopus populations may be at risk. Some studies have found that ocean warming will result in fewer fertilized eggs, fewer hatchlings, and male infertility on top of higher stress levels. This can be explained in part by the fact that all organisms have a thermal threshold i.e. a physiological limit on the ability to tolerate temperatures beyond its functional range. With healthy reproductive systems being key in replenishing population numbers, thermal stress faced by octopuses in the projected climate scenarios and its reproductive implications do not bode well for their future generations.

Ocean acidification, on the other hand, adds another layer of complexity in predicting the responses of octopuses to climate change. Increasing carbon emissions along with increasing ocean acidity has shown to be detrimental to the availability of the most basic yet highly essential element that many living organisms including the octopus cannot live without – oxygen. Much like the iron-based haemoglobin that makes our blood red when bound to oxygen, the blue-blooded octopus carries a copper-based hemocyanin which transports oxygen from the gills to the rest of the body. Both types of oxygen transporters are highly sensitive to pH changes that eventually allows them to bind or release oxygen in the body. However, with an acidifying blood due to ocean acidification, this function may be heavily impaired. Besides, oxygen does not dissolve well in warmer waters, making the amount of oxygen available lower to begin with.

How will I contribute to octopus research?

Proteins are abundant and ubiquitous in the body, serving many essential functions such as the above-mentioned transporting of oxygen, mediating cellular stress, and processing food. Hence, I will be studying the proteins present in octopus hatchlings that have been exposed to both ocean warming and acidification during their embryonic development. This allows us to explore potential impacts from the interactions of these two environmental changes. Newly hatched octopuses are especially vulnerable compared to their adult counterparts and are therefore important in helping us predict their responses to the climate crisis. We hope that these efforts will eventually inform management policies for a future with healthy ecosystems (and octopuses). 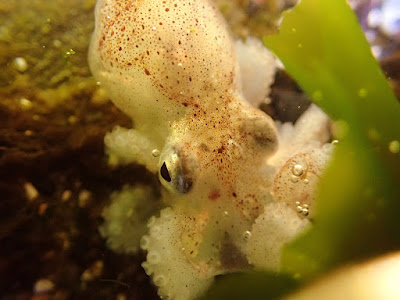 Octopus hatchling. Photographer: Tara Silber
1. Watch BBC documentary “The Octopus in my House” https://www.bbc.co.uk/programmes/p07kpmn1/p07kpm8m
2. Deepest sighting of octopus in the Indian Ocean - Dumbo Octopus https://www.bbc.com/news/science-environment-52839678
By PhD student Qiaz Hua from the University of Adelaide. For more updates follow her on twitter @qiazhua. 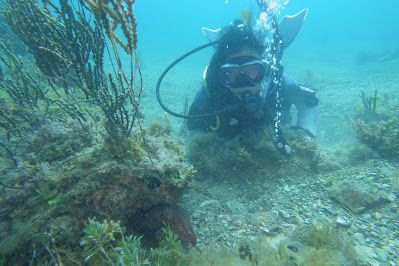 AusOcean is a not-for-profit ocean research organisation that supports open source practices. Open source approaches to tackling environmental issues means embracing collaborative tools and workflows which enables processes and progress to be fully transparent. A critical aspect of working open is sharing data not only with your immediate team but with others across the world who can learn, adapt and contribute to collective research. By contributing to, and supporting open practices within the scientific community, we can accelerate research and encourage transparency. All tech assembly guides can be found at https://www.ausocean.org/technology
Follow us on Instagram, Facebook or Twitter for more photos, videos and stories.
cephalopods Climate Change ocean acidifcation ocean warming octopus