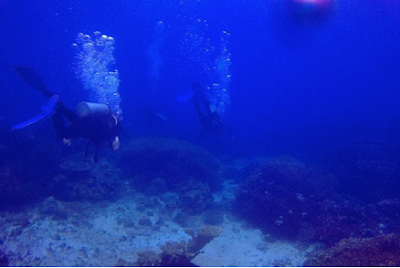 My love for the ocean first came when SCUBA diving in some of the world’s most stunning reefs throughout Southeast Asia, seeing firsthand their beauty and the grace of the incredible animals that reside there. These experiences also exposed me to the devastating realities of climate change and the threat that these ecosystems are under. I have always wanted a career where I was able to make an impact, and as an engineer I am incredibly motivated by the idea that I can be the one to bring the change I want to see in the world.
When I saw the opportunity to intern for AusOcean, an NFP for the oceans, I could hardly believe it was real. An undergraduate opportunity to work as an engineer designing hardware and software tech for the oceans, as well as the chance to SCUBA dive at South Australia’s best dive sites throughout summer. The truth is, the internship is as incredible as it sounds. My summer at AusOcean was filled with practical learning, exposure to inner business operations, several days out on the boat testing, deploying and maintaining our tech, as well as dives all across SA’s incredible temperate reefs. I even saw a leafy sea-dragon. 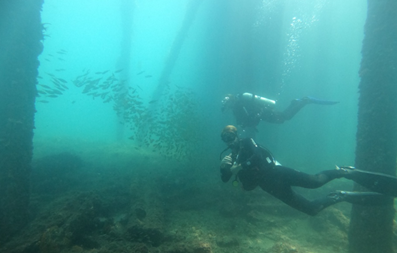 My internship first began by being assigned a project which would see a turbidity sensor added onto the existing sea-surface monitoring platform, or “rig” design that AusOcean have currently deployed in several locations around South Australia. These rigs already collect a plethora of invaluable ocean data including temperature and humidity, as well as live stream visual and produce reef noise, which in partnership with The University of Adelaide is being correlated to the recruitment of oysters at the new Glenelg Oyster Reef. 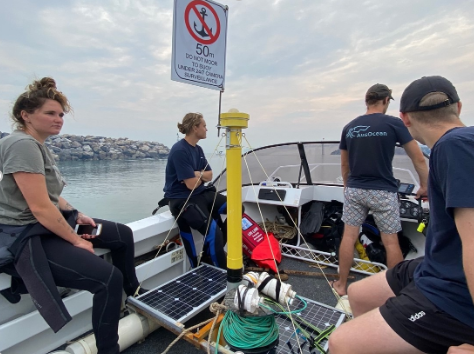 Turbidity is the amount of light that is not present due to scattering and absorption from suspended particles in the water. This means that turbidity is directly related to the quality and quantity of underwater light and thus the overall ecosystem’s health as it determines the light available for photosynthetic production of coral and seagrass, as well as facilitates social functionality for sited organisms to forage, hunt and avoid predators. Understanding this, I was particularly excited for my project as I knew that the addition of a turbidity sensor would not only be able to be used to collect data as evidence against developments that may harm local marine ecosystems, but it could also be used as evidence of how oyster reef regeneration is increasing the quality of local waterways. 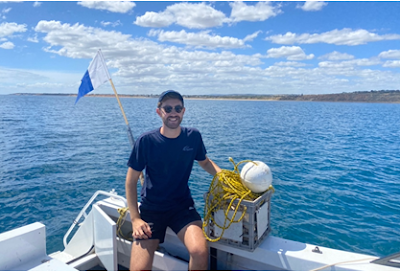 As a mechanical engineer with very minimal coding and software experience I initially struggled to understand not only the coding languages but also all of the structures and protocols involved in connecting a piece of hardware to a cloud based server. Fortunately for me I was working right next to Saxon and Trek, AusOcean's two expert engineers and probably the most experienced and innovative low-cost, open sourced, marine sensing engineers you’ll ever find. I was also desk mates with Alex, the other engineering intern who always ensured I understood what I was doing while putting me to shame with the quality of his packed lunches.
Before I knew it, I had developed a solid understanding of C, C++, Python and Golang to create the necessary code to give the turbidity sensor functionality. I then designed waterproof hardware to ensure the sensor would survive the pressures of the ocean at 15m below sea level. With AusOceans value of accessibility and scalability, I then looked at how we could measure water quality in a more affordable way using cheaper hardware or incorporating it into the existing underwater camera using computer vision. This gave me the opportunity to consult with some of AusOcean’s experts such as Dan Kortschak, a bioinformatics researcher at the University of Adelaide, as well as of course Alan Noble, the founder and CEO of AusOcean. 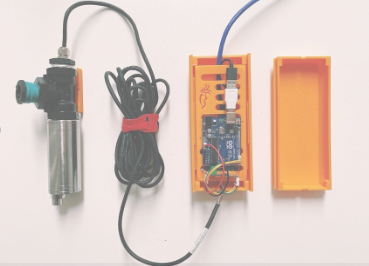 Reflecting on my time at AusOcean I am incredibly grateful for not only the opportunity to work in a space I am passionate about but to work along side a team of equally passionate people who continuously went out of their way to create a good culture and facilitate my learning. I was consistently involved in rig deployments, SCUBA diving opportunities, business strategy check ins and philanthropy events, all while being shot incredible ocean facts by Cath, AusOcean’s marine biologist and the number one advocate for oysters.
If a hands-on experience surrounds by great people passionate about making genuine impact sounds like the kind of internship you’re interested in, make sure you don’t miss this opportunity.

B. Engineering (Mechanical) (Honours) & Finance
AusOcean is a not-for-profit ocean research organisation that supports open source practices. Open source approaches to tackling environmental issues means embracing collaborative tools and workflows which enables processes and progress to be fully transparent. A critical aspect of working open is sharing data not only with your immediate team but with others across the world who can learn, adapt and contribute to collective research. By contributing to, and supporting open practices within the scientific community, we can accelerate research and encourage transparency. All tech assembly guides can be found at https://www.ausocean.org/technology
Follow us on Instagram, Facebook or Twitter for more photos, videos and stories.
coding diving engineering internship machine learning software students turbidity