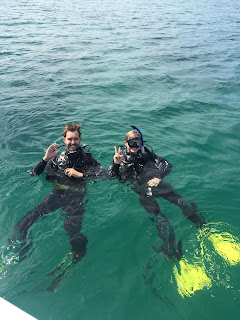 It was a short two hours after the completion my final exam of 2020, that I logged on for my AusOcean (AO) internship interview. I assumed I was radiating vibes of total disorganisation and uncertainty as to my credentials, therefore it was to my complete surprise when I received a confirmation of acceptance. I was elated.
My co-intern, Harry and I were directed to a location so obscure that we were sent map coordinates rather than an address of where to find AusOcean’s Willunga shed. The adventure had begun. On our arrival, Harry and I were introduced to the awesome AusOcean team and given a tour of the facilities. We then set about familiarising ourselves with the objectives of AO and the projects that had been assigned us. Essentially, we were to harness our mechatronic and computer science know-how, gleaned from our studies thus far, and marry this with all the creative resourcefulness we could muster to enable the development of affordable technology capable of capturing important oceanic data.

My initial assignment was to find a remedy for the routinely problematic routers in use currently at AusOcean. These routers are employed to transmit data between rigs and the AO base and had proven themselves to be unreliable and offered little scope for user control. My online tech researching skills led me to discover a router platform known as OpenWrt. This is a fully open-source platform which enabled me to hack together our own software, giving us control over the routers.

Buoyed by this progress, we then dived in deeper with an even more challenging task, the Customer Premise Equipment (CPE) alignment system. CPEs are long range Wi-Fi transmission devices. The object of this project was to create a system that would provide AO with a more affordable internet medium and eliminate our dependence on the 4G network. Initially the intention was to establish communication via a land-based CPE to another fixed to the mast of an off-shore rig. In order to broadcast effectively it was necessary that the broadcast planes of the CPEs be orientated in opposition to one another. Due to the rotating nature of the rig on the ocean surface we were required to develop an alignment system that was able to compensate for this rotation and maintain plane orientation. 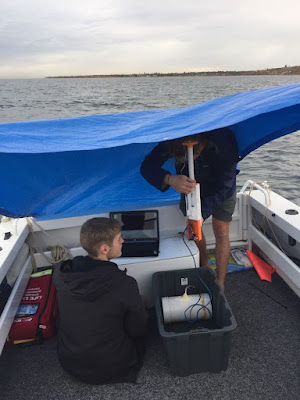 Countless hours were spent pursuing a direction using solution theory, only to be faced with failure at every turn. Testing in the field proved no more fruitful as out on the ocean as we were subject to even more anomalies and unforeseen behaviours. After many iterations of solution and analysis, it become increasingly obvious that we had begun the project based on an incorrect assumption regarding the invisible behaviour of the CPE. We had assumed there would be some continuous, sinusoidal change in network speed as the CPEs phased into alignment, however what we observed was almost entirely discrete behaviour, analogous to the flicking of a light switch instead of the turning of a dimmer dial. With this revelation we finally felt like we were beginning to make sense of things. The OpenWrt, open-source routing platform proved invaluable again as we developed a bespoke algorithm to resolve connectivity issues. Then again beleaguered by hardware problems, we chose to take full control of the CPEs using our own software derived from OpenWrt, as we had done with the routers in our early days at AO.

My internship at AusOcean was a richly creative learning experience and better than I could have ever imagined. It pushed me to my limits, and I was required to call on every aspect of my learning in Mechatronics and Computer Science in order to meet the objectives asked of me. It was a challenging adventure on and off land and it has broadened my horizons, extended my capabilities and grown my confidence. Thank you all at AusOcean for this once in a lifetime opportunity and the amazing work you continue to do in support of marine conservation and improving our understanding of, and relationship with, our natural world. 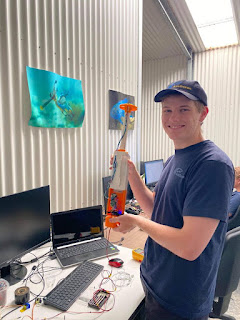 By Alex Arends
AusOcean is a not-for-profit ocean research organisation that supports open source practices. Open source approaches to tackling environmental issues means embracing collaborative tools and workflows which enables processes and progress to be fully transparent. A critical aspect of working open is sharing data not only with your immediate team but with others across the world who can learn, adapt and contribute to collective research. By contributing to, and supporting open practices within the scientific community, we can accelerate research and encourage transparency. All tech assembly guides can be found at https://www.ausocean.org/technology
Follow us on Instagram, Facebook or Twitter for more photos, videos and stories.
AusOcean computer science diving engineering engineering internships internship marine technology ocean monitoring students technology