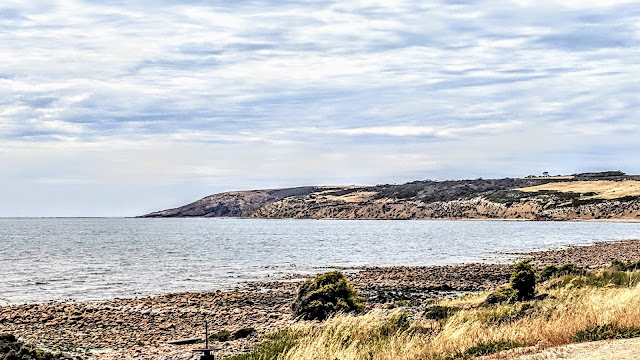 The inquiry into South Australian Attorney-General Vickie Chapman’s alleged conflict of interest relating to a proposed Kangaroo Island port development has attracted a great deal of attention. It is a shame similar scrutiny was lacking when the Smith Bay port was proposed in the first place or when Tasmanian blue gum plantations were approved on Kangaroo Island two decades earlier. Without the tax incentives of Keating-era managed investment schemes, those plantation timbers would never have been economically viable on the island in the first place.

The development approval process is fundamentally flawed in that the environment is only ever considered as an afterthought. Sadly, this is the case in every state and territory of Australia. Instead, we need regulations that help the environment in the same way that workplace safety regulations help people. Such a system would consider the needs of the environment before any development is even contemplated, similar to the way occupational health and safety (OHS) rules protect employees before accidents happen. Furthermore, the penalties for breaches need to be meaningful, as they are in workers’ compensation cases. In short, we need a system of health and safety for the environment.

If this sounds a little crazy, it is worth noting OHS has existed for less than a century. Before the landmark Wilsons and Clyde Coal Ltd vs English UK legal case in 1937, employers did not accept that they had a duty of care to their employees. Basic safety practices and compensation schemes that we now take for granted did not exist. Employers treated employees as disposable resources to be simply replaced if one was injured or killed. If that sounds familiar, it should, as that is precisely the way we treat the environment today.

Based on the best available scientific evidence that AusOcean and others have collected, the proposed port location at Smith Bay would have been disastrous for the environment. The bay’s pristine marine environment and the sustainable aquaculture operation that depended on it would invariably have suffered damage, perhaps irreparably. Vickie Chapman’s refusal of the proposed port was the right decision.

There is now a historic opportunity for South Australia to be bold and to remove the timber plantations from Kangaroo Island. The decision to plant timbers over two decades ago was an ad hoc decision that was made with scant regard to the future. Not only were the infrastructure requirements conveniently pushed out to a future date, but the case for the sustainability of timber operations on Kangaroo Island has never been made. Climate science tells us that Kangaroo Island’s climate, along with Southern Australia’s, is drying. Extremes of temperature and wind will become more common, water resources further stretched, and fires will increase in ferocity. A windy island such as Kangaroo Island, already disadvantaged in terms of infrastructure and challenging access for emergency services, is no place for plantation timbers.

The port has been a divisive issue on Kangaroo Island and has split some families into pro-port versus pro-conservation camps. The argument is often cast as a pro-development versus anti-development one, but that is a false dichotomy, as this is about sustainable development. We have an opportunity to return the forestry land to its historic uses, such as farming and bushland, activities that are much better aligned with a sustainable and bright future for Kangaroo Island.