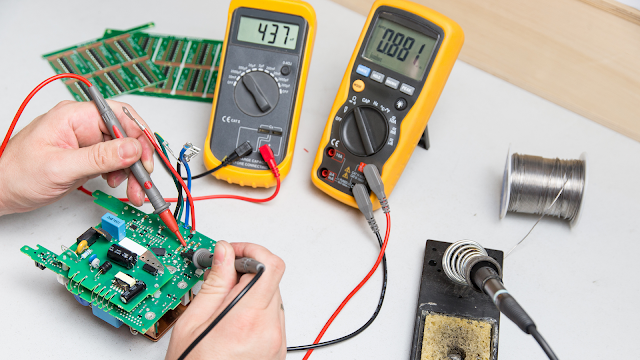 For the first week of the AusOcean internship, we were on the Adelaide University campus getting to know the team, Go coding language, and the code repository. It was incredibly useful as an introduction, but I was eager to get going, excited by the idea of designing some tech that might be out on the ocean someday. The week after that we were in Willunga, working at a location affectionately called ‘the Shed’ (entirely separate from the Big Shed also in Willunga).
There we chose our primary and secondary projects. My primary, the one I’d spend most of my internship working on, was to design a sensor that could be mounted on a floating ocean rig and detect the motion of the waves as the rig moves with them. AusOcean had decided that live data on the water conditions (wave height and wave frequency, the current strength and chop) would be one of the next tools in their arsenal.

Filtering the raw accelerometer data turned out to be a monster of a project, more on that later, first I had to assemble the circuit.

When it came to making my own tech with my hands I was like a kid with their first lego set, having not had the chance to crack out my electronics tools since my first year of university in 2019. Wiring up my Raspberry Pi Zero with the LSM303 Accelerometer/Magnetometer, constructing an RGB LED circuit (my secondary project), and even assisting with assembling the battery compartment of a rig. It was all an incredible experience. 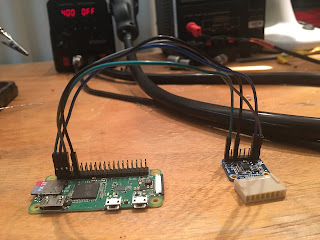 Once I was gathering data I ended up testing several ways of calculating displacement, finding some worked better than others. First I started by applying what’s called a running average filter. Then I found the results changed with the time difference between segments, so I implemented a timer for when the data is being gathered to get the most accurate values. Then had to rescind the assumption that gravity would be acting in the z-axis only since the chip could be slightly tilted, use the magnetometer readings to get an orientation estimate and artificially correct the orientation of the tilted chip. It kept snowballing, going into finding a line of best fit for each data form, correcting it to an average of zero. With a whole lot of testing, graphing, re-testing and re-graphing, the results started to produce something we could use.

At this point, I was excited to have it loaded onto a rig! The pi got fried. Twice. Mistakes happen, none of the code was lost, it was a good laugh. A learning experience was had. At the time of writing, that rig was deployed yesterday. My internship is almost over, my main goal achieved. More happened in the meantime though.

My secondary project was something I worked on just before we could deploy, I was to make a multicolour LED light that we could put underwater to help us film at night and see the effects of different colours on the sea life. It was a much simpler problem, and with the knowledge, skill and familiarity with the tech behind me, my secondary project was a breeze.

I wired up the circuit on a breadboard and found an import that would allow me to fix the pi zero’s lack of PWM hardware with a software solution. Then coded it to take RGB values that would determine the colour of the LED over an internet connection. 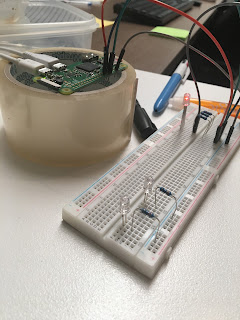 Alongside my projects, I dived at rapid bay to assist in fixing a camera, assembled parts of a rig, learned how to solder and grew my hair out long enough to tie back, as is the AusOcean team uniform.

This internship was unlike anything I would have imagined my internship would be before learning of AusOcean. Being able to engage in a mix of software, hardware and on-site work throughout my time there was incredible. I learned a ton about troubleshooting and communicating progress or issues in technical projects. It was certainly an unforgettable internship, and I hope to potentially help out with AusOcean in the future!

AusOcean is a not-for-profit ocean research organisation that supports open source practices. Open source approaches to tackling environmental issues means embracing collaborative tools and workflows which enables processes and progress to be fully transparent. A critical aspect of working open is sharing data not only with your immediate team but with others across the world who can learn, adapt and contribute to collective research. By contributing to, and supporting open practices within the scientific community, we can accelerate research and encourage transparency. All tech assembly guides can be found at https://www.ausocean.org/technology