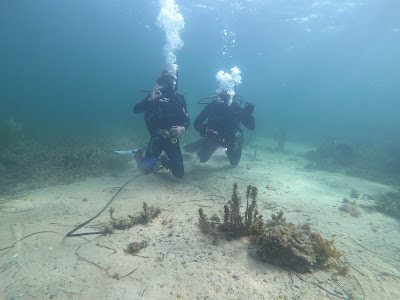 In October of 2021, I was given the opportunity to sit down for an interview with Cath Larkin from AusOcean. We discussed a new intern position being offered; the ‘EdTech Educational Designer’ position. Cath started introducing me to AusOcean’s citizen science program ‘Network Blue’ and how it was being implemented in multiple schools across SA. I was still relatively fresh to the education scene, only beginning my Master of Teaching program in January of 2021 but my interest was immediately piqued. I began thinking about the valuable learning experiences that AusOcean could offer. I thought back to the literature that had been drilled into my mind all throughout my first year of my masters; literature that constantly advocated for powerful learning experiences, real-world application, meaningful tasks, high degrees of socialisation and tons and tons of engagement. The things Cath explained to me seemed to tick all of those boxes so naturally I really wanted to be involved.
I was lucky enough to receive an offer for the EdTech Educational Designer Position within the same month. Now knowing the goals and ambitious nature of AusOcean, I was so excited to see where the projects I would be working on would head. My internship really began in November, when I was able to accompany Cath to Portside Christian College and Heathfield high across multiple days to observe the groups of students who were pioneering (and to some degree guinea pigging) in the AusOcean school program. Already I could see the great potential in this positions for me. This was an opportunity for me to work with students and gain some classroom experience even before beginning my first placement with the University. Not to mention the various teachers I was able to meet, collaborate and network with. In my observations I was beginning to see how much the involved students valued the project. I was observing initiative, collaboration, critical and creative thinking among other qualities. It was also during this period that I was introduced to AusOcean’s online learning platform powered through Moodle. This platform would become the project that I would work on the most. 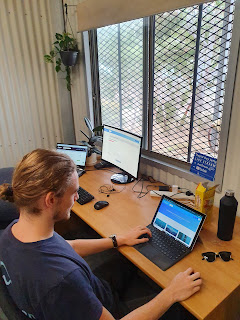 While I had the opportunity to practically work with various teachers and students, I also had the opportunity to expand my educational/instructional content design skills. I spent a lot of time exploring and further developing the Rig build instructional materials, learning the buoys inside and out. I became very familiar with AusOcean’s tech which only further developed my interest. I also had the opportunity to develop learning materials across various curriculum domains. I began developing learning materials about AusOcean and its goals and missions, data science, entrepreneurship and even some graphic and video design content. While I was developing these materials I was also inadvertently teaching myself so much about so many topics. I also had the opportunity with Cath to engage in collaboration with other not-for-profit organisations. Within our collaborations we were able to provide students with access to exciting snorkelling opportunities with Experiencing Marine Sanctuaries and more learning content around marine biology/ecology from Great Southern Reef.

My internship wasn’t only about educational design though, through AusOcean I was inspired to complete my Open Water Diver certification. This experience was definitely a highlight of my recent years. Exploring the oceans and its abundant wildlife was a surreal experience and I will continue to do so in the future. As a result of becoming a diver I was able to participate more thoroughly in AusOcean operational/maintenance/survey trips. I had the opportunity to dive at some of South Australia’s most iconic and beautiful diving spots. Edithburgh Jetty situated Southwest of Adelaide across the St Vincent Gulf was my favourite. Some of the AusOcean team travelled to Edithburgh to survey the jetty in preparation for the installation of an underwater camera, similar to the one at Rapid Bay. While at Edithburgh jetty I participated in two amazing dives. It was these dives where I saw my first cuttlefish. Additionally I saw various other interesting creatures that I had not seen before, namely an eagle ray and a Wobbegong shark. With AusOcean I was also able to dive at Rapid Bay and O’Sullivan Beach, while also coming along on some weekend recreational dives at the Aldinga Pinnacles and the Glenelg dredge wreck. Spending the Summer with AusOcean and learning to dive has opened my eyes to the beautiful and amazing underwater world, and I am very eager to experience and engage with it in the future. 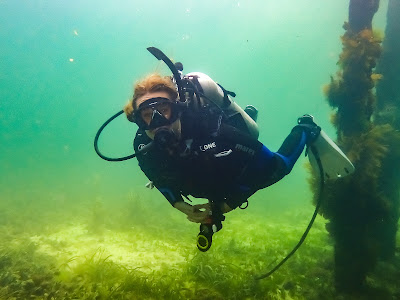 I will value and remember my internship with AusOcean for years to come, and it has no doubt better prepared me for my future in education. From developing my bow and arrow skills at lunch time to diving in some of the most beautiful oceans around, AusOcean really did provide an unforgettable experience. 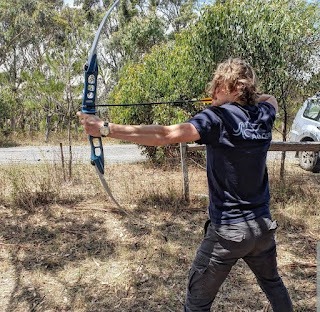 McKenzie Nelson-Milton
Master of Teaching (Middle and Secondary)
AusOcean is a not-for-profit ocean research organisation that supports open source practices. Open source approaches to tackling environmental issues means embracing collaborative tools and workflows which enables processes and progress to be fully transparent. A critical aspect of working open is sharing data not only with your immediate team but with others across the world who can learn, adapt and contribute to collective research. By contributing to, and supporting open practices within the scientific community, we can accelerate research and encourage transparency. All tech assembly guides can be found at https://www.ausocean.org/technology